From TEFLtastic: How The Future Of Textbooks Has To Be 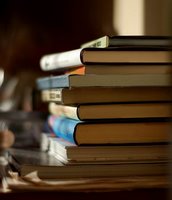 If you’re into predicting the future, and you’ve already digested my five TEFL trend predictions, have a go at Alex Case’s how the future of textbooks has to be.

He says that some of the most important new-ish knowledge about learning has not really been incorporated all in one textbook…and he has some answers.

First of all, what’s this new-ish knowledge on learning? In his words:

He goes on to suggest how textbooks themselves, workbooks, and also tests need to change to better reflect this current knowledge.

I especially like his suggestions for textbooks to break grammar points down, so they resemble bite-sized chunks rather than the family-size portions they come in now (if I understand and summarize this correctly). Granted, current textbooks are probably an improvement on past ones, but I’m with Alex here on breaking it down more. Why?

“… an approach where the stages are clearly divided also frees us up from having to use all those stages all the time and allows us to judge with each grammar point etc. whether students would benefit more from polishing something up or seeing something new, depending on our aims.”

I quote this with joy because, over at a site that rhymes with ESL ashtray, someone called me a “teacher without a clue” when I attempted to explain something along these lines. To be fair, I was nowhere near as coherent as Alex, so I will put my voodoo doll away and save this quote for another fruitful online mud-slinging fest.

I do not have strong feelings on improving workbooks, but Alex’s ideas on testing?

Someone frame this and put it up on the wall:

“if you train the students mainly to cope in real life tasks but then grade them on a grammar test they are going to feel they are being cheated and that you don’t really believe in the method you are using.” If you’re new, and haven’t mastered a strategy to focus on real life tasks but still fit in the grammar and vocab that’s on the test, you may find out what it’s like to have several students fail.

He suggests some simple but good ways of changing standard tests (“write seven kinds of weather”, rather than “fill the gaps with these weather words”). I will add “my” one suggestion here – I use “” as I can’t really claim this as original – include a speaking component in the test. This is probably more connected to the teacher’s or the school’s decisions than the book, but I think a good textbook of the future could include ideas and tips on how best to do this. I’ll try to post soon about a speaking test which I had the chance to see in action.

My only questions are: When will all this become available in textbook form of New TEFLtasticWay Student Book and Workbook…and can I have a discount?