Which Five TEFL Trends Will Still Be Around In Five Years’ Time? 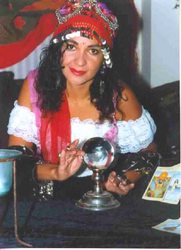 The TEFL Logue is nearing its one year anniversary, which means over three hundred days of posting and nearly 850 posts full of my own unique variety of TEFL Logue cheer.

Had someone told me just over one year ago that today I would be a blogger with that many posts under my belt, I would never have believed it. But even one short year can hold a lot of surprises.

TEFL itself is a field where methods and, yes, also teachers, come and go at the drop of a hat.

So which TEFL trends will still be around in five years’ time?

What do you think? I’ll be taking out the crystal ball again soon, so get ready for my five year predictions for some well-known EFL bloggers.