How To Deal With Foreign Language Contracts 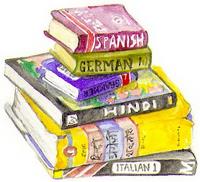 It sometimes happens that the only legal contract in a country is one in the local language…what should you do?

Some people may prefer not to work in countries with this regulation at all, but my impression is that this might rule out quite a few. So what else to do? In my opinion:

The school should probably provide you with an English translation. While I wouldn’t put my concerns aside just because the school showed me an English contract, it would raise a red flag if an English language school was not able to provide an unofficially translated one for a teacher’s convenience. Yes, it is the local language, but you are likely being hired at least in part because you are a native speaker who does not speak their language.

If they do provide a translation – this is great – but a school looking to take advantage of a foreign teacher can obviously make convenient “translation” mistakes. It’s also possible to make real mistakes, or just to encounter terminology that really cannot be translated well.

You could potentially get the contract translated professionally, though this will cost you depending on the length of the contract (I signed one with a reputable school – in English – which had about 75 pages of the terms and obligations of both sides). An informal translation by a local friend can help, but unless the person has a good foundation in EFL school “ways”… or really, contracts in general… it’s easy to overlook something that matters; no contract is going to come out and say “we reserve the right not to pay you your last months wages”.

I think there probably are particular things to look out for in particular countries. But in order to give authoritative advice, a person would need to know the situation in the country – and not just the school or handful of schools they worked at – very well, and ideally the labor laws too. Some teachers may know this, and there are actually a few websites, such as EFL Law, where teachers can ask specific questions. Still, I would be very hesitant to rely totally on any individual source, simply because laws and norms and contracts vary so much. Things also change over time.

Ironically though (or perhaps not), the country that strikes me as having the most available info on legal rights – Korea – is also the one where contract violations seem to happen the most. You may face less of a risk in other countries, but if something does happen, it may prove harder to get advice on.

If you have read to the end of this lengthy post on contracts, thank you and congratulations. Know that he fun isn’t over yet though – I’ll be back soon with a couple of my own TEFL contract adventures. If you really can’t wait, read this on TEFL contract tips and this on signing a contract before you arrive.