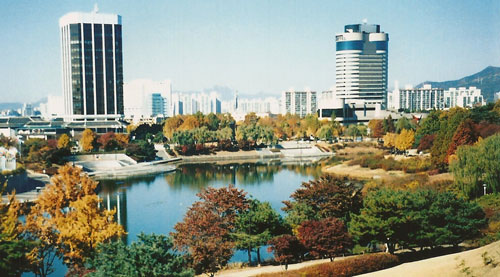 While you are not going to get rich teaching English, the countries most commonly considered good for saving money are:

1. Korea – There are a huge number of jobs in Korea, and many do not require experience or even a TEFL certificate. Pay varies but many teachers say they can save $1000 a month relatively easily. You may have to work long hours or split shifts or teach kids. Sketchy employers are not unheard of, so do your research before accepting a position.

2. Japan – There are also plenty of jobs in Japan, though employment may not be quite as easy to come by as in Korea. There are also a couple of placement organizations or chains which get mixed reviews from teachers. The cost of living is higher than in Korea, but many teachers say they still save money.

3. Taiwan – As above, many jobs are advertised, and may involve teaching in an urban environment and/or teaching kids.

4. Saudi Arabia – There are not as many jobs advertised as in the above countries, but positions at universities or in companies seem to pay well. The trade off is the vastly different cultural and social sphere. Many posts also specify that they hire male teachers only.

5. The UK – Probably a natural fifth place, but it’s unlikely you will get rich here; this placement is more of a comment on the lack of other countries offering salaries high enough to save on. Some English-speaking countries have working holiday visa arrangements with the UK, but otherwise it is extremely difficult for non-EU citizens to work legally here. There are summer schools where students from around the world attend intensive courses, and many teachers working elsewhere during the school year supplement their income by teaching at UK summer schools.

Keep in mind that the ability to save depends on a whole host of factors. There are most certainly well-paying jobs outside of these countries as well as lowly-paid jobs in them, and there is no guarantee that the highest absolute salary will translate into the highest savings. But if putting away money that will go reasonably far at home is important to you, give these countries some serious thought.