Are Your Students Too Embarrassed To Speak? 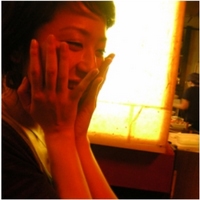 So what about English language learners: are they embarrassed to speak? The answer probably depends on a whole range of factors, like the culture and each student’s own personality and so on….but if this survey is any indication, embarrassment is a big thing for many people.

I can even extrapolate from this a warm, fuzzy thought: this means that, despite all the dilemmas (task-based or not task-based; L1 or no L1; how to cover all this in such a short time, etc.), the work you do to increase your students’ confidence in using English can make a big impact. Granted, students still need to learn words and a few tenses, I suppose…but how much good is that knowledge of relative clauses if they are literally too embarrassed to use it? I say – don’t underestimate the importance of building confidence.

Read a lengthier story on this, and for a good laugh, try to wrap your brain around this comment on the article:

Your own native language is recognised as the most difficult thing the brain ever has to cope with. A foreign language therefore has to be harder. Why then do so many foreigners manage to learn English? Because it is basically simple.