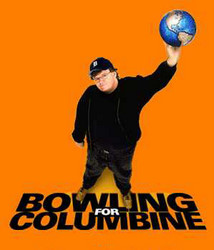 It should be no surprise to TEFL Logue readers that I like my social issues. I also enjoy using film in class, though I don’t do it nearly as much as I’d like to. For these reasons, I’ve come up with my dream team ESL syllabus for, I don’t know, a course on Social Issues In Current Film.

I know, I know, what school would put up with my propaganda (I’m lucky Bootsnall does!), not to mention that three of these films have substantial non-English dialog. That is why it’s a “dream team syllabus”. I do think though that films and issues like these, much like the news stories on Breaking News English, can be real to students and can inspire genuine discussion.