Student Feedback To The Rescue 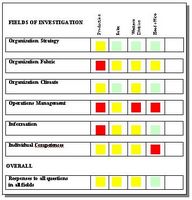 Student feedback, for better or worse, regularly rears its head in EFL.

Why consider it?
It can be extremely useful for a teacher to get both positive and “to be improved” feedback on what they do in class. And it can just be good to know that when you work hard to adapt the class to students’ needs, you’ve done well and they appreciate it. If there is a problem that comes up again and again, you can identify it and ideally adjust things so it doesn’t happen again. Most often though, student feedback is just confirmation that you’re doing what you’re supposed to be doing and the students are satisfied.

It’s nice to be told not only that they enjoy your class, but why. Trust me, most students won’t go to the trouble of telling you why, but when they do, it sure is nice. One of my nicest teaching moments, aside from teaching my debate class, was getting my students’ feedback that they enjoyed it.

My oddest feedback? “My favorite part of the debate class is when we do correction at the end” and “Please don’t ever make me sit next to Adam”. Go figure.

How to get it?
Lots of schools give out written questionnaires for students, either at the middle of the term (making it possible that feedback can be incorporated that very term) or at the end.

At one school I worked at, where three-week intensive courses shared between two teachers were common, teachers were supposed to make a point of eliciting feedback once a week, and could between themselves decide how. Generally we found that students preferred to have a short (5-10 minute) “consultation” with each other while the teacher left the room and would just select one person to present their conclusions.

It’s more or less just as anonymous as filling out a form, especially when there is a small class. In another job I had the task of going through two- or three-year-old student questionnaires…and even when it is fairly anonymous, students tend not to “have a go” at their teachers or anything.

What are students thinking?
Sometimes students don’t like giving feedback (I’ve seen “stop asking me for feedback” written on a school form more than once) and think the teacher should just tell them what to do and that’s it. However asking for feedback can also be a subtle way of getting students to take some responsibility for how the class goes; you’ve asked and they have a chance to tell you.

But just how should student feedback be used?