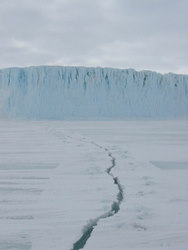 Facing a class for the first time can be hard – but as the teacher you’re the one who is supposed to get them to relax. I had a look around the Idea Cookbook at Dave’s ESL café, a resource I unfortunately sometimes neglect, to see what others have recommended. Here are some of my favorites:

Find someone who bingo: another twist on the good old FSW standby.

Say goodbye: a funny and useful way to start a class; students use their creativity to bid farewell to classmates they have just met…the also have a chance to share what they hope to get out of the class, in a low pressure way.

Everyone has a secret: not really secrets, but if your students are willing to play by the rules, a fun way to speak, ask questions, and learn a few facts about their classmates.

Musical chairs: kind of. Probably ideal for younger learners; a good physical activity which could be connected to TPR…the downside is that it doesn’t involve as much speaking as the others.

Drawing names: not from a hat, but with a pencil or pen. Also probably for younger learners and it doesn’t involve a whole lot of speaking as is but could be adapted for the right group.

The loudest moo-er: This is bizarre. I don’t think adults would let me get away with this, and although I laugh to imagine some of my least favorite students being embarrassed…it would actually be kind of mean.

When selecting my own icebreakers, I try to keep in mind that although I recognize how important it is to build a positive classroom dynamic, students may not. They have paid money and are here to learn, and in their eyes that may mean cracking open the book asap. I don’t cave in to this, but I do try to make sure that there is always a speaking component to an initial ice breaker, as well as an opportunity to use grammar. At the end I explain that it’s a good way for me to get a sense of their level and abilities by listening without correcting.

What are some of your favorite icebreakers?