Can You Walk A Mile In Someone Else’s Shoes? 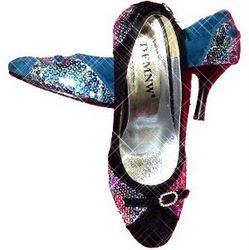 Your ability to see things from different perspectives may make you “un-American.”

Of course for many, especially those who are not American to begin with, this is not really a problem. Those who can realize my intro is a bit over-dramatic and designed to get attention may be interested in reading about recent research which attempted to learn more about the ability to put oneself in the shoes of another, which is, incidentally, a cornerstone of TEFL in my book.

In a recent study, researchers compared Chinese and US subjects. Each individually got instructions as to how to move a block in front of them. In fact, there were two blocks in front of them, but it was clear to the subjects from the set up that the instruction-giver could not see the second cube. Still, Americans tended to get confused more often and took longer to respond than Chinese. The researchers drew some different conclusions about the reasons for this, one of which was basically “it’s harder for them to see things from the instruction-giver’s perspective.”

I find research like this fascinating; people may quite fairly take issue with whether this particular experiment really does indicate different thinking [it’s feasible that a person would assume the instruction-giver knew about the second block, even if he couldn’t see it, in which case maybe the opposite conclusion would be true] or if it is acceptable to generalize about people from countries with populations measured in multiple millions. I think these points are worthy of consideration much wider than anything that can fit reasonably into the TEFL Logue. But I do find this particular study interesting because I have wondered about things like this over time, working with people from different countries.

As I made reference to here, I think it’s fairly intuitive that the ability to put yourself in someone else’s shoes (specifically, those of your students) is crucial in TEFL. Considering how your learners think – what makes sense because of logic and what makes sense because we “just know” and so on – makes you a better teacher because you can take those into account and adapt accordingly.

Regarding this ability to see things from different perspectives – I’m not sure how easy it is to explain such a skill and if it is not a widely held one, it might also not be a widely appreciated one. However, I think the ability is valuable in a number of ways for employers… and it is one which can be greatly built upon in TEFL.