Concerns From The EU Administrative Capital About The Dominance Of English 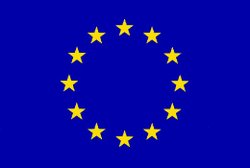 A recent article in the Economist dealt with some consequences of the rise of English, specifically in Europe. The European Union now has 27 member states with 23 different official languages, but this seems to be resulting in less linguistic diversity rather than more, at least in official meetings.

I found a few interesting points:

Perhaps the most serious comment is that ““English, in effect, blocks the learning of other language…People say, ‘well, I speak English and I have no need to learn another language.’”

I think this is true, and not only for native speakers, though I might frame it as “the popularity of English” rather than “English” itself. Those who have gone to the trouble of learning English well enough to work in it may ask why they should go through all that again. I think there is a fairly obvious incentive to learn whichever language is considered the most used – as above, the alternative (another language) would not necessarily ensure linguistic diversity in the world…it would likely just replace English as the “main” language.

A couple other points occur to me:

What do you think?