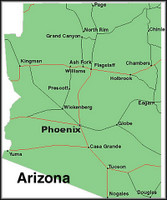 Starting in September, school-age English language learners in Arizona will be spending four hours a day in classes specifically devoted to language learning; previously they spent only one hour a day in language lessons and the remainder in the same classes as their native English speaking peers.

This article doesn’t provide any idea of the students’ ability level, which obviously makes a difference, but from my experience with adult learners, it strikes me that it would be nearly impossible for many who are considered “language learners” to make it through regular classes when they are getting only one hour of language lessons a day. And while this situation does present a somewhat better possibility for children with different native languages to socialize, it wouldn’t surprise me if children segregate themselves, based on the practical notion of who they can communicate with and who they cannot. Maybe unhindered communication matters less for younger children.

On the other hand though, there are probably social consequences of separating students according to language background for a larger portion of the day. Still, although I don’t have any special insight into the realities of the US school system, aside from being a student once, more time for language lessons just seems like a better idea, especially in contrast to students attending classes which they can’t follow.

I have to say “hats off” though to teachers who work hard to educate all their students despite all these obstacles and regular changes; the whole situation is quite a dilemma, and I’m sure there are people out there with opinions more educated than mine

If you teach ESL in the US, or teach learners with different language abilities in your public school classes anywhere, what do you think?