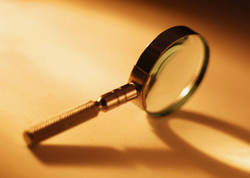 The men were instructed to wear ties and the rest of us “business attire”. There was literally a big room where we were to leave things we couldn’t clear off our desks and we received admin pay for half an hour for clearing off our desks, writing extensive lesson plans, and also writing syllabi for one less structured course each which had already started.

We received instructions such as “make sure you’re not talking more than 20% of the time.” “Ensure that your class is interactive.” “Don’t do any extended reading or writing.” “Make sure you correct pronunciation mistakes, and write the word on the board and keep it there all class.”

We were also told to memorize the mission statement because we might be asked to recite it.

Not bad advice for teachers (well, aside from the mission statement thing), but the fact that it was given a week before the visit of an accrediting agency made it seem somewhat like a farce. I reckon that in many countries, the inspectors would just have been paid off, and that actually seemed more honest than what was going on here. Besides the fact that the ultimate goal seemed to be to mislead the inspectors, would it not be obvious to the students that their teachers were acting differently? And if that was the proper way to teach, why weren’t we teaching that way all the time?

Apparently the lessons were meant to be communicative, and mine tended to be so, due in large part to my training and experience. Other teachers without any background in communicative teaching had been hired and teaching as they taught for longer than I’d been there.

One former teacher flew in from abroad for a few weeks to help prepare for the visit. This meant, ahem, “procuring” months and months of past grade reports for students. This came in handy in connection with their visas.

We also learned that the attendance policy – filling in a chart and sticking it in a manila folder outside the classroom – was a violation of privacy of the students. It was presented to us by an administrator as if we, the teachers, had initiated and held firm in the continuation of this policy.

Incidentally, the observer only stumbled into one of my classes by accident, but she did ask me a few questions at the end, officially, and then a few more when we happened to meet washing our hands at the same time in the bathroom. I wasn’t around for a long time after the inspection, fortunately, but it’s my understanding that everything went fine.