Are Peace Corps Volunteers Too Inexperienced? 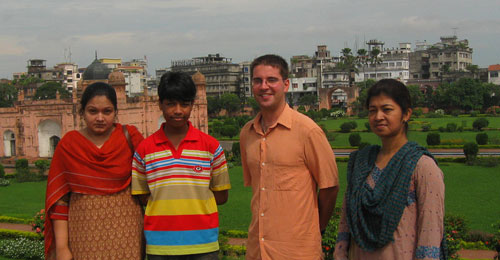 Read the New York Times article yourself and have a look at some letters to the editor that followed the article. I can’t speak directly to the article, but it really did make me reflect on some of the views I’ve developed in my time teaching abroad.

I don’t have personal experience with the Peace Corps…and I’m not personally opposed to the idea that it “doesn’t work” in bringing vast change to developing country by training and placing handfuls of volunteers – even highly qualified ones. But if this is what it took to “fix” the developing world, it would already have been done. Instead of spending money to train and support younger volunteers, the US could just select experts in each field. If people have this expectation – that the volunteers are there to “produce change” in two years – of course it will fail.

My experience in Bosnia, which has been a major recipient of aid though not Peace Corps volunteers, leads me to believe many problems in developing countries have roots in political, social, or economic realities that go far beyond a city or country. Those problems have just as rational a basis as problems in our own countries. That doesn’t mean they can’t or shouldn’t be addressed… but just that they are not the type of issues that individual initiatives from well-intentioned foreigners – at the age of 22 or 52 – solve. I think in many situations, not just with the Peace Corps or in the area of development, the first instinct to place blame at the individual level means that problems with the wider picture, or an approach, are not noticed. Much of what I see and read makes me think this view is not widely held.

It still makes sense to me that foreign volunteers may be able to share some knowledge or training they have gained simply by living in their own countries, but they – and those in developed countries generally – can learn from those in developing countries as well. The attitude of “we know better than you about what is good for you” can be very offensive. I wonder if there are advantages to sending younger volunteers which are not obvious at first glance.

There’s no question in my mind that the Peace Corps has on its staff many people who have devoted their lives to studying, for example, development, agriculture, and economics. I’m sure most do not hold this offensive attitude towards developing countries. This article was written by the country director of Cameroon who certainly has some idea what is going on – I’m sure more than I do.

If many people – both in the US and host countries – do believe that the purpose of such programs is to “fix” other countries, and it is not… is enough being done to alter that idea?

I found this article and the responses really interesting. While I do have strong opinions on some related themes, I don’t have “the answer” to these questions about the Peace Corps. I do, however, think they are well worth discussing.