“Languages Of Love” From The Guardian Abroad 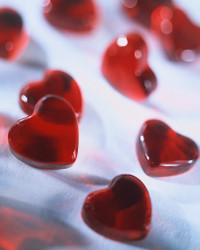 Have you ever:
…dated someone from the foreign country you work in?
…married someone with a different native language?
…broken up with someone fitting into either the above groups?

If you can answer yes to any of these, as many a TEFLer can, then you may be interested in Guardian Abroad’s take on the “languages of love”.

I already feel that I go on about personal stories and details enough, so I’ve mostly decided to leave my dating life off the TEFL Logue (though who knows, it could provide some much-needed comedy, heartbreak, and drama). However, I will share that I did have a lengthy and now (some time ago) finished relationship with a guy from the region I worked in.

The details are of course reserved for pay-per-read or something, but I’m full of general opinions! Conveniently, I will refuse to back these up with examples, citing mainly my need for privacy. But it’s bound to be interesting nonetheless, so please do read on.

First of all, I found illuminating an online comment from a teacher in a “cross border” marriage: who can be a “foreigner” in a relationship?

Can you assume that some problem is due to language or cultural differences just because you happen to have different languages or come from different countries? I’d say not – even when both people have the same native language, there are differences; it doesn’t always have to be about language or culture. And – hey – I think it’s also easier to mislead in your native language, and this can be a good or bad thing depending on what role you think this plays or should play in relationships!

In Languages of Love, the topic of learning your partner’s language came up. It’s my impression that if you really don’t share a common language, a relationship is just unlikely to get off the ground anyway, making a scenario where you consciously decide about which language to learn and use unlikely. I’m sure there are exceptions, but really, relationships are hard enough when you come from the same culture and share the same native language. And I think lots of habits are set early on. Relationships are not business deals where you sit down and write a contract for who speaks what and when (though I do believe one couple in Old Headway Upper Intermediate was an exception, no?)

This sounds funny but I do agree that – even if things don’t work out – a relationship with someone from another country does give you some positive connection to that language, place, and culture. My situation is a little bit odd, but despite all the “mitigating factors”, and as much as I like Bosnian/Serbian/Croatian language and countries anyway, I don’t think my affinity would be as it is without that.

Finally, do help me test one TEFL Logue theory: it is much much more common for – among these “cross border” relationships which include a native English speaker – for that native speaker to be the man, and for English to be the main language used. There could be any number of reasons for this, but my theory (and I intend this in the nicest way possible) men have enough trouble communicating in their own language. Throw in the need to discuss things in a second language and all bets are off…or something like that.

Certainly this is not always the case, but I think frequently it is. Granted, as my regular readers might have already inferred, I am a bit of a handful (or would “headache” be more accurate?), and I do not really attribute the end of my own relationship to anything like language issues. But I still have my theories, so take stock of the “bilingual” relationships you know of and give me your opinion here!