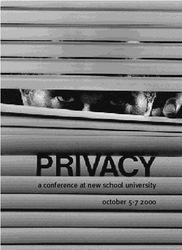 At a few specific points in the past, it’s struck me that I’ve lost some elements of privacy, somehow in connection with TEFL-ing.

Is this related to the job specifically? To just being somewhere longer than someone traveling through so that people feel close enough to you to ask you things, even though they are not really at the level of “close friend” yet? To simply being in a different culture?

Sometimes I am just surprised by the questions people feel it is okay to ask me. What’s my religion. Why did I come here. Am I a real teacher. How can I have a family – do I expect a husband to follow me around.

Are these questions that locals ask other locals they’ve known for a few weeks? I think not. Maybe I seem like not a “full” person because I’m a foreigner or because I’m doing something they wouldn’t do – going abroad for a year or more alone. They just can’t understand the motivation and as a result expect me to be just…different. Not like them. I’ve definitely asked a question or made a comment that I quickly realized put someone on the spot (and felt bad…and tried not to do it again), but it strikes me that foreigners or perhaps more often on the receiving end of such questions.

You are also in a position where you frequently need to rely on others if you want to get things done. It’s great that they help, because you couldn’t do it without them, but is still awkward.

I’ve been to the doctor with two bosses. One handed me a cup to pee in and gave me directions as to where to go and what to do with the finished product. When I returned, I had to find a way to indicate that everything had gone…according to plan.

I’ve signed contracts in languages I don’t really understand. If I wanted to know the details – the school would probably translate it for me. But if the point in question was something that I thought would be to my benefit and not the school’s, I would probably want to have my own access to it, and not rely on the school to let me know about my rights if those rights were to their disadvantage. This would entail either asking a relative stranger who speaks the language well to translate it for me in full, or explain my specific concern in detail so they know what to look for. (Or of course paying to have it translated and then consulting a local lawyer to put it in context).

The good news is that with time, it’s easier to sidestep situations which I’d like to avoid, and to laugh off and forget about uncomfortable situations like going to the doctor with your new boss. As awkward as it can sometimes be, it can also be a great relief to know that people – strangers – generally do and will help you if you need it.