Paying Local Bills When You Are Teaching English Overseas 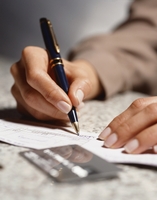 If you’re lucky, your school will pay your local utility bills as part of your job package. If you need to pay them yourself when you teach English overseas…what do you do?

In the Eastern European countries where I’ve worked, bills get paid at the post office. The most complicated thing, aside from figuring out which line to stand it once you get there, is just figuring out the most opportune time to go. If you know you can slide by with paying a few days late – as I have found I can – it makes sense to wait for all the bills to come before you head off and wait in line. It also pays to have an idea what is going on with your bills; I recently received an accordion-like one which appeared to be asking for about 4€ for garbage pick up. After I had unfolded it, separated the multitude of papers as the postal worker told me to, and pushed them over the counter, it transpired that I was in fact paying for six months. Still not a huge amount, but one that my landlord probably should have gotten; I didn’t mind shelling out 4 € .. 24€ was another story. But it was too late. (Life goes on, I know.)

Here’s something else to look out for: the common charge. What’s that?

I have no idea but I had to pay it. It was a regular amount and totaled more than gas, electric and water combined in Hungary. It was something that everyone living in the building shared, and probably incorporated things like the cleaning of the hallways and maintenance of the lift and so on. While gaining a vague sense of what the bill covers is unlikely to alleviate your aversion to paying it, it’s good to be aware of what you have paid for; when someone holding a mop knocks at your door and requests cash payment for mopping the entryway, you know if you have paid that or not.