Students Who Grow On You…In A Not-So-Bad Way 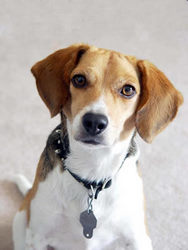 Some students are a little bit harder to like than others. Some – especially student hecklers – I feel more or less resigned to dislike. But on a few occasions, a “difficult” student has found his or her way over to my good side.

Earlier this year I taught a class of architects who wanted to spend the eight weeks leading up to a big event improving their English. There were three of them… ranging in level from intermediate to high advanced. They also would have liked answers to some very specific questions about architectural vocabulary, which I’d made sure to inform them from the start that I just couldn’t speak authoritatively on. They were understanding; and I don’t think they felt that I let them down, but sometimes I felt that way.

And one man in particular – Mr. Upper Int – really just rubbed me the wrong way. He could be dismissive and sometimes came close to rude (yes, this is harder to judge when someone is using a foreign language…but still). He also routinely interrupted the CEO – Mr. Intermediate – to either correct him or to ask me a question about the vocabulary or structure Mr. Intermediate was using. Mr. Intermediate let him do it and would stop speaking and wait for my answer.

I managed to draw their attention to this fairly early on, through the use of humor, and it made an impact.

But you know what else helped?

First of all, they started serving coffee. Teaching a class at 8 am is quite different from attending one, and anyone who serves me coffee is off to a good start.

Also, Mr. Upper Int arrived early one day, bearing pastries (not as important as the coffee, but not bad). He also told me that he had just come from across town: every day, he drove out of his way and through the early morning rush hour, to drop off his dog at another office branch. So that his dog would not spend the day alone.

I don’t how the staff members who entertained the dog felt, but I found it quite endearing that this rather pushy, perfectionist guy went to all this trouble for his dog. He didn’t seem that bad after that.

Our classes ended after eight weeks – it’s as not as if we developed a close friendship. It was, however, good to realize that even the students who seem difficult to like can have a redeeming quality or two.