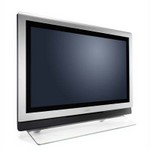 Watching television abroad can be an eye-opening experience. I’m sure I’ve gone on about how watching English language shows with local language subtitles improved my vocabulary. But now I’m just talking about watching excellent or otherwise unique shows.

A couple of interesting television experiences I’ve had:

In Sarajevo, there were quite a variety of good American shows on – on regular television, not cable – and as indicated above, television is in the original language: Sex & the City and Six Feet Under (older seasons, but new to me as in the US I never have cable); the Cosby Show, Friends, Jack and Jill (I was not a regular viewer but these can be like comfort food); Felicity and Once and Again (I know! But they are engaging once you start watching).

Now, before you start thinking I do nothing except sit in front of the television and/or computer all day: stop! I was not and am not an addict, I simply share these examples to demonstrate the wide selection I had.

Also notable were two reality shows which I’d never seen. One was called Get Me Out Of Here, I’m A Celebrity, and seemed to be a washed-up celebrity version of Survivor, incorporating viewer voting. I’m fairly certain Melissa Rivers and Jerry Mathers were there. The other was a Serbian show called Flying Start, which was complicated but involved two regular hosts competing to find contestants who would race home, pack a suitcase and take a trip. The loser – the host with the slower contestant – had to drink something like blended sardines and coffee.

I also heard about someone – not me – who managed to find a Korean “reality show” featuring daily life in a fishing village and loved it. Available in Sarajevo somehow.

The downside of television abroad is of course that it’s not television at home. You may get out of touch. Generally, I don’t care about this; I appreciate being able to live in another country and interact with those who live here and having various adventures with food, appliances, travel and accommodation which are usually exacerbated by language challenges.

However, I’ve only very recently started watching Lost, it did cross my mind that I may be missing out – I may need to reevaluate my television hiatus…